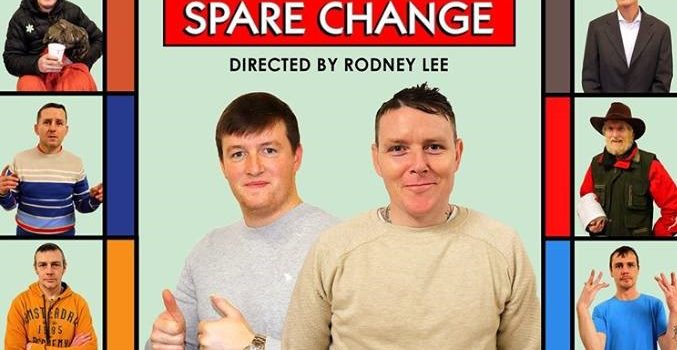 If you haven’t caught RADE’s hilarious film “Spare Change” from 2018 on the big screen. Click here to see the full film. 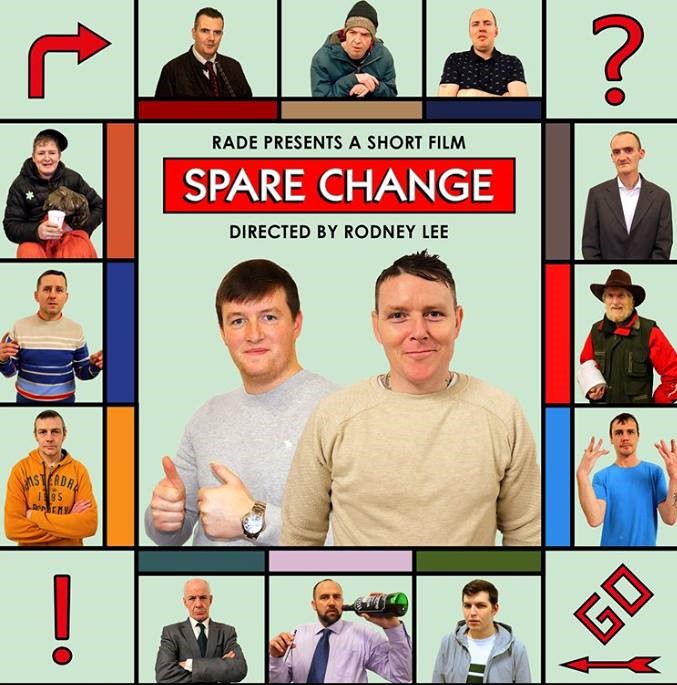 SCREENING OF OUR TWO NEW FILMS

RSVP is essential. info@rade.ie We are delighted to announce that you can still catch RADE’s 2 new films from 2019 “The Man In the Chair” and “The Girl In The Window” on the big screen in RADE’s studio space at the OLV Building, every Wednesday at 2:00 pm. (These 2 new films will not go online till November 2020). 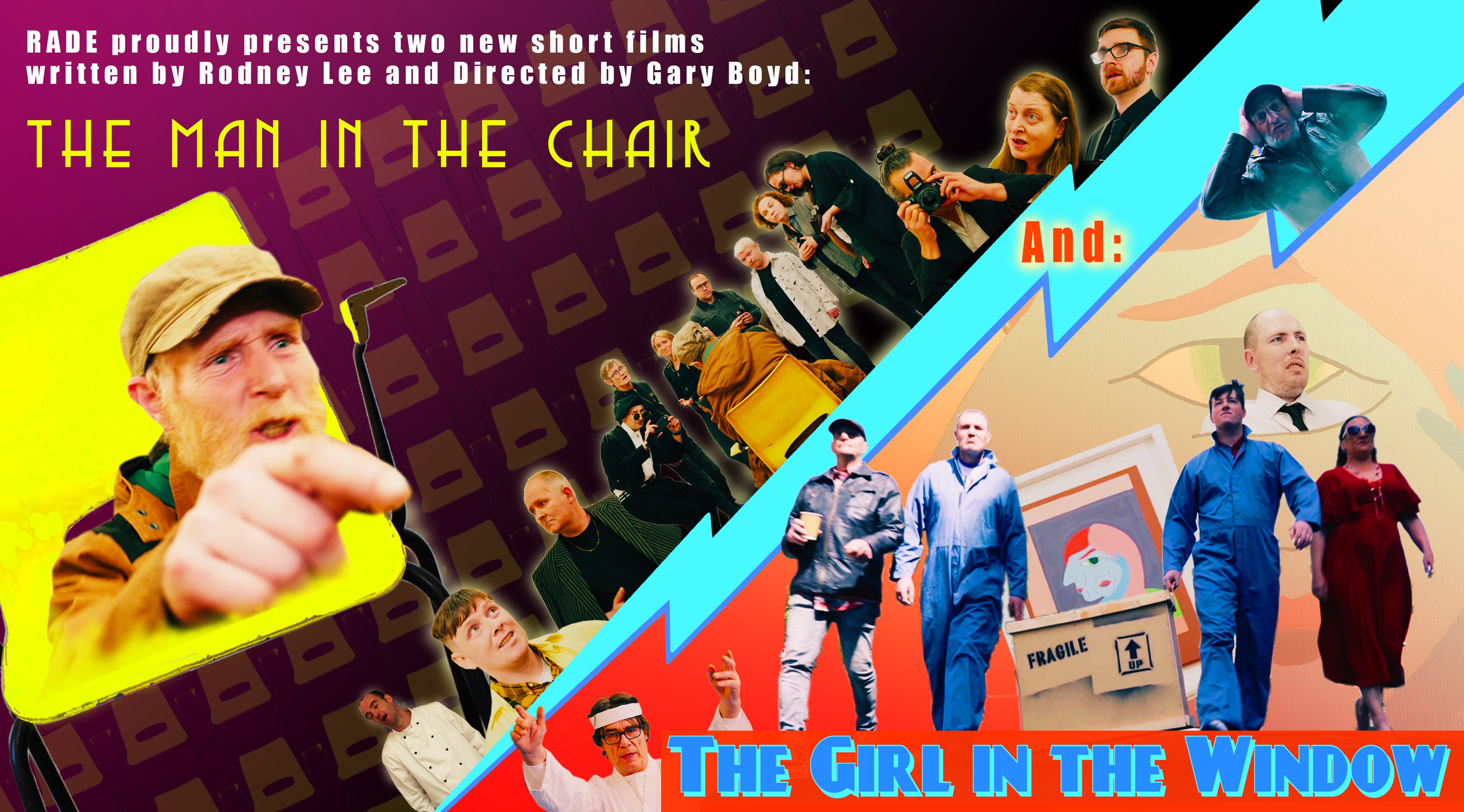 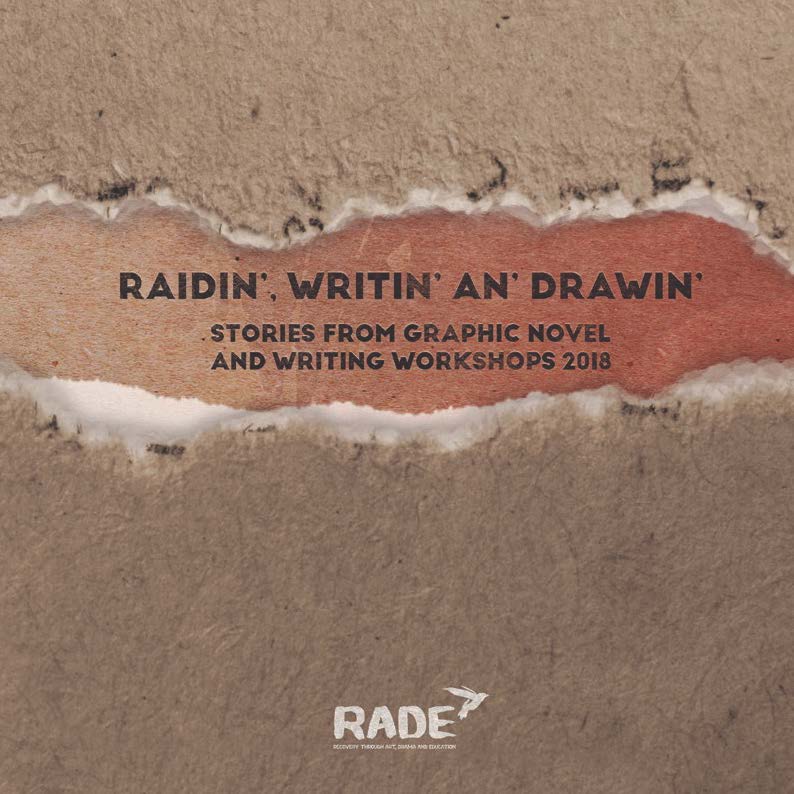 RSVP is essential. info@rade.ie or ring the office at 01 - 454 8733 'Spare Change' is a comedy about people faced with the most impossible, desperate struggle known to modern man; navigating the rental market in Ireland today... Ed gets a shock when his landlord raises his rent without warning. Already stretched to the limit and only just making ends meet, things look grim until Ed decides to sublet his flat to the multitude of homeless people looking for somewhere to stay. As long as the landlord doesn't find out, everything will be fine... but Ed doesn't count on the crazy tenant who claims to have stolen the housing list, suspicious neighbours and an unexpected visit from the Minister for Housing… This short film is an absurd comedy about the desperate state of Ireland’s housing crisis. From unscrupulous landlords to the ‘invisible homeless’ and politicians reverting to Victorian attitudes, there's never been a worse time to be without a roof over your head. What can be done? 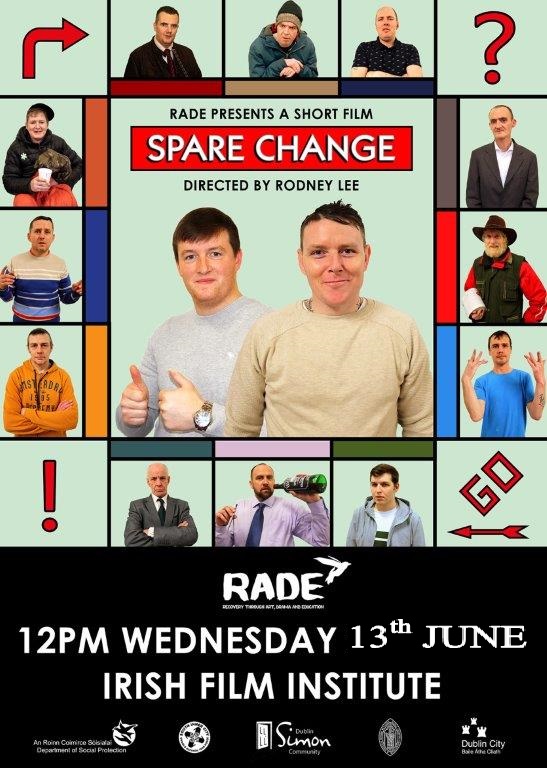 An exciting year of recovery, art, drama and education 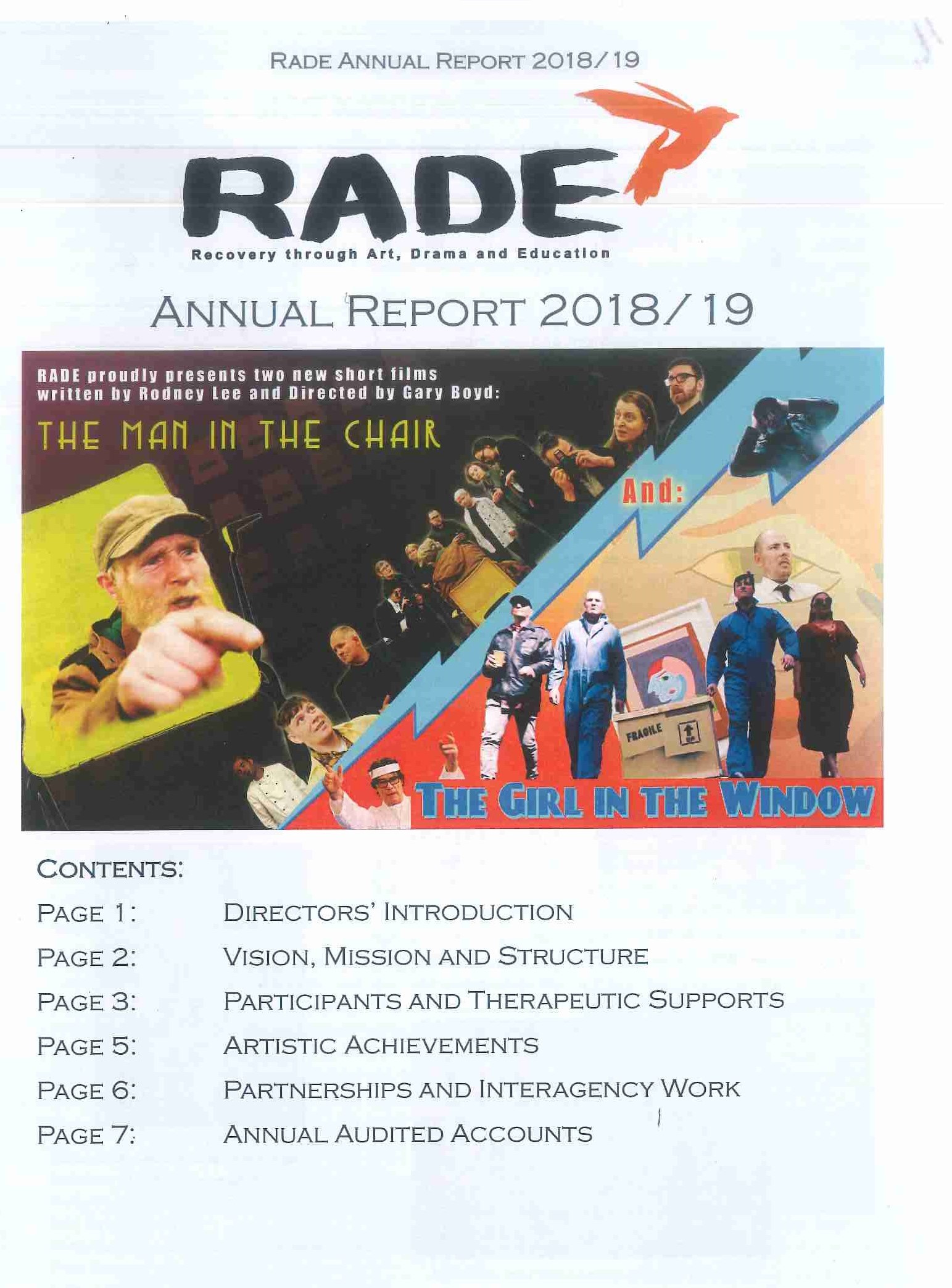 An Alternative
to Drug Use

Creativity is open
to Everyone