“It’s impossible not to brim with pride at the quality of work emerging from the artistic integrity and confidence RADE instills in people hacked at by the grey of life.”
Michael McDermott, Le Cool Magazine 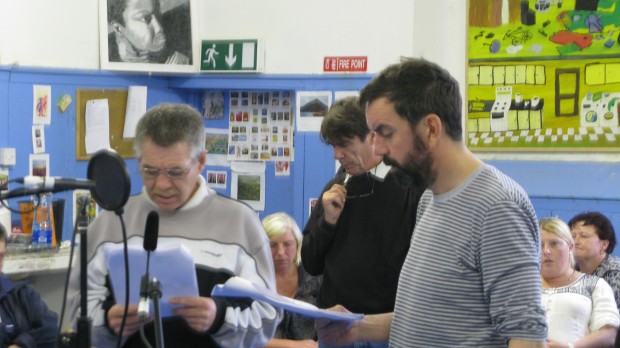 A Proper Da, by Maeve Ingoldsby

RTÉ Radio 1 approached RADE some months back with a radio play proposal. Well-known playwright Maeve Ingoldsby facilitated workshops with the group, which resulted in the development of the script.

The radio play was recorded in the RADE premises over a full day. RADE actors worked alongside professional actors Phelim Drew, Gerry Byrne, Pat Nolan and Natalie Radmall-Quirke. It was a wonderful experience for all involved and hats off to RADE participants who performed fantastically.