If you haven’t caught RADE’s 2020 film “The Tapper’s Opera” we are delighted to launch it now on our website.  Click here to see the full film ->

If you haven’t caught RADE’s hilarious film from 2018 (last year)“Spare Change” on the big screen, we are delighted to launch it now on our website.  Click here to see the full film ->

You can still catch RADE’s 2 new films from 2019 “The Man In the Chair”  and “The Girl In The Window” on the big screen in RADE’s studio space at the OLV Building, every Wednesday at 2:00 pm. (These 2 new films will not go online till November 2020.

was staged in the OLV Building in July 2016

Over 2 days participants presented ‘1916 Kids’ to a full house.  Participants spent the majority of 2015 researching the 1916 Rising.  The production involved performances from many newcomers.  Tommy KD opened the show with a rap about the Rising.

Watch a short video from production above. 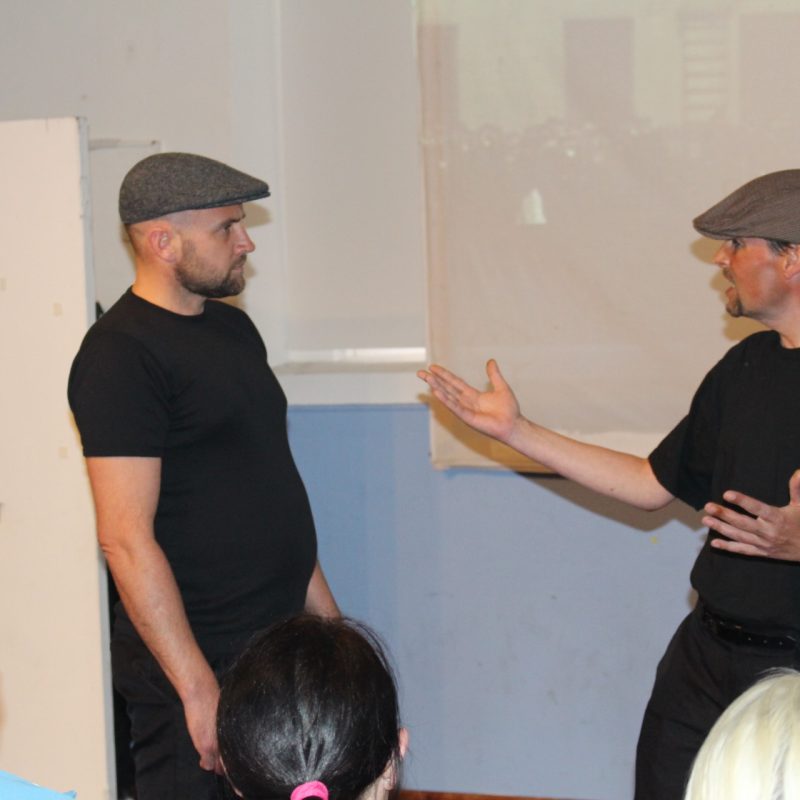 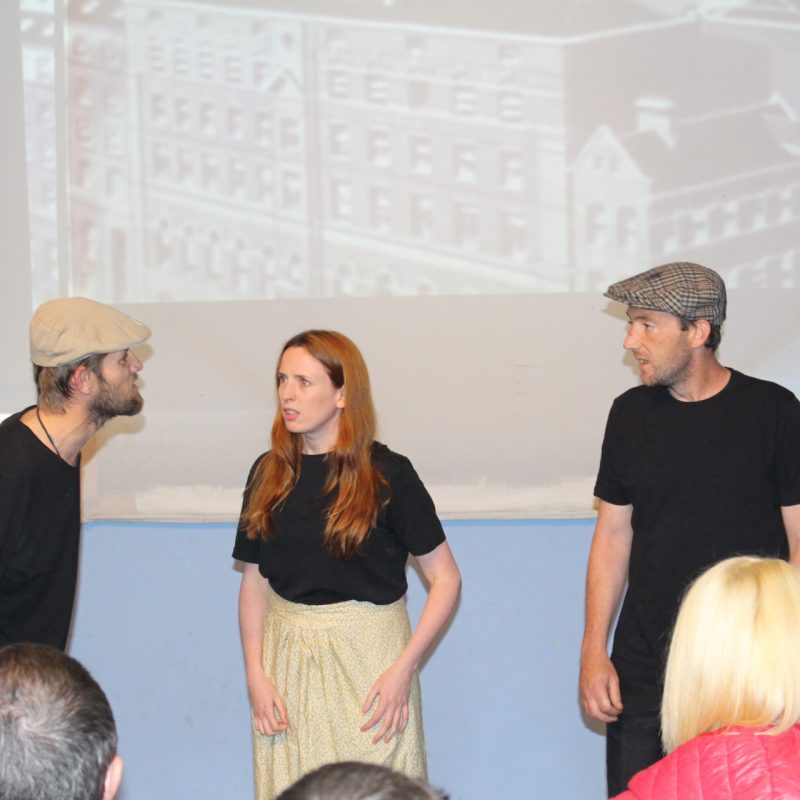 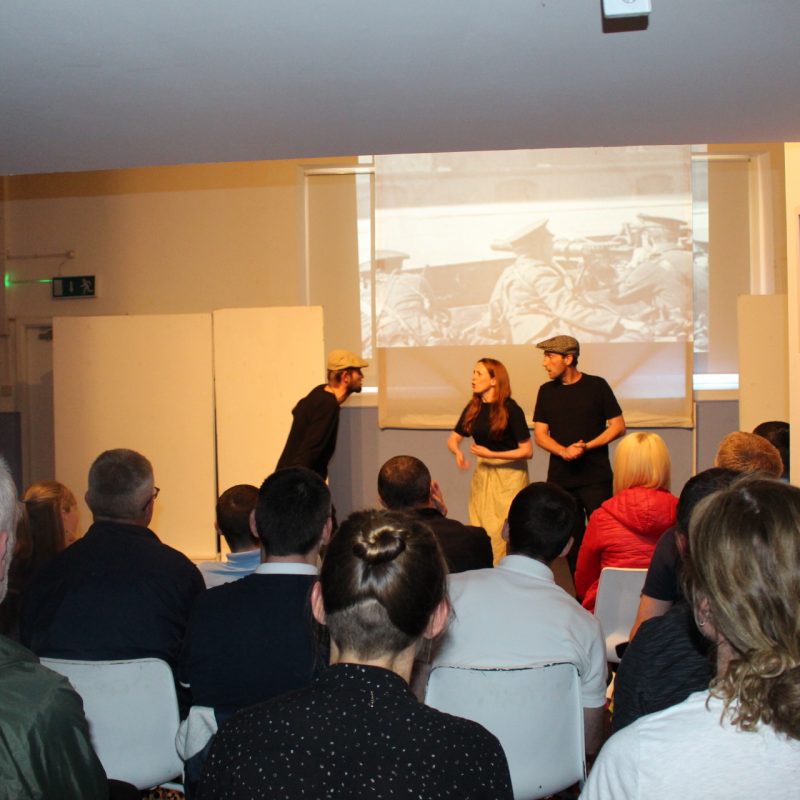 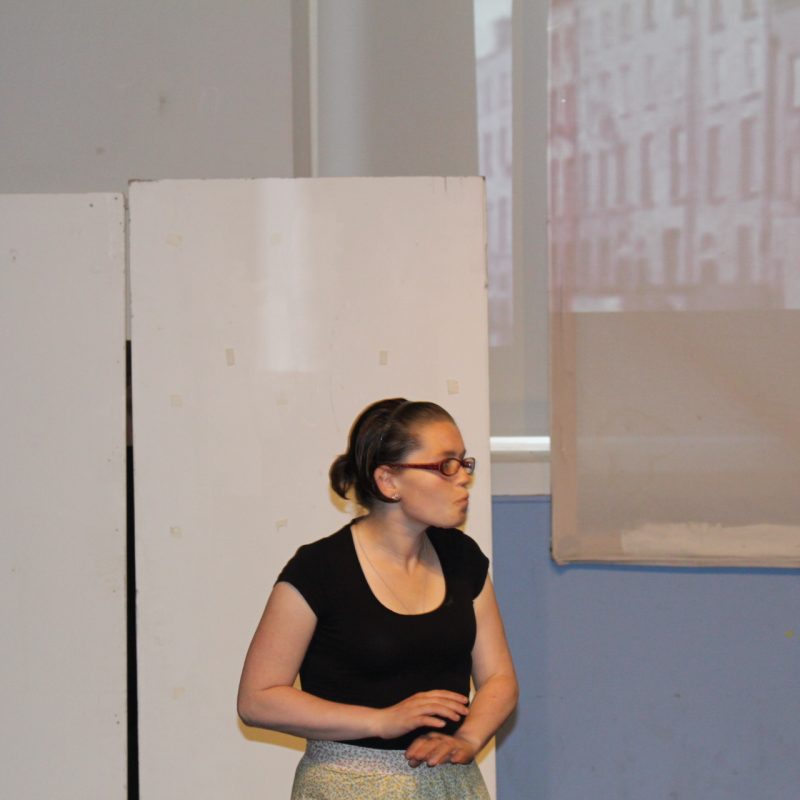 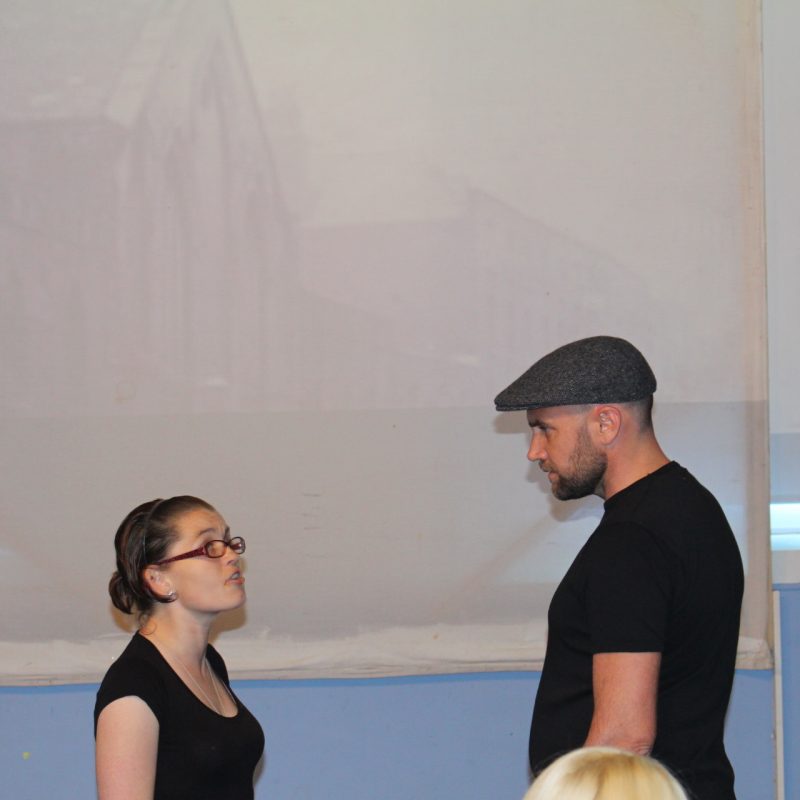 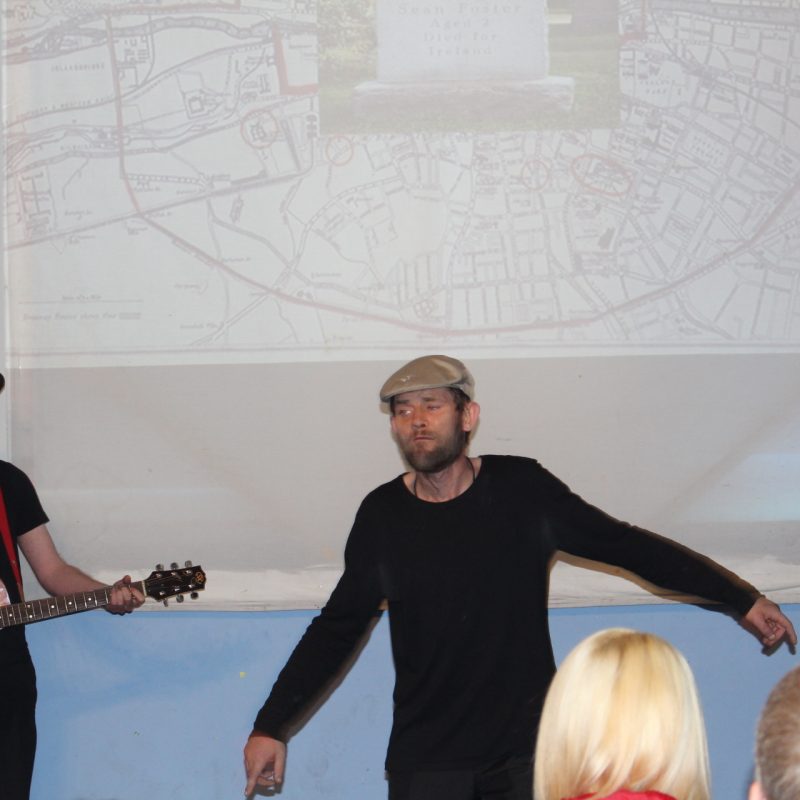 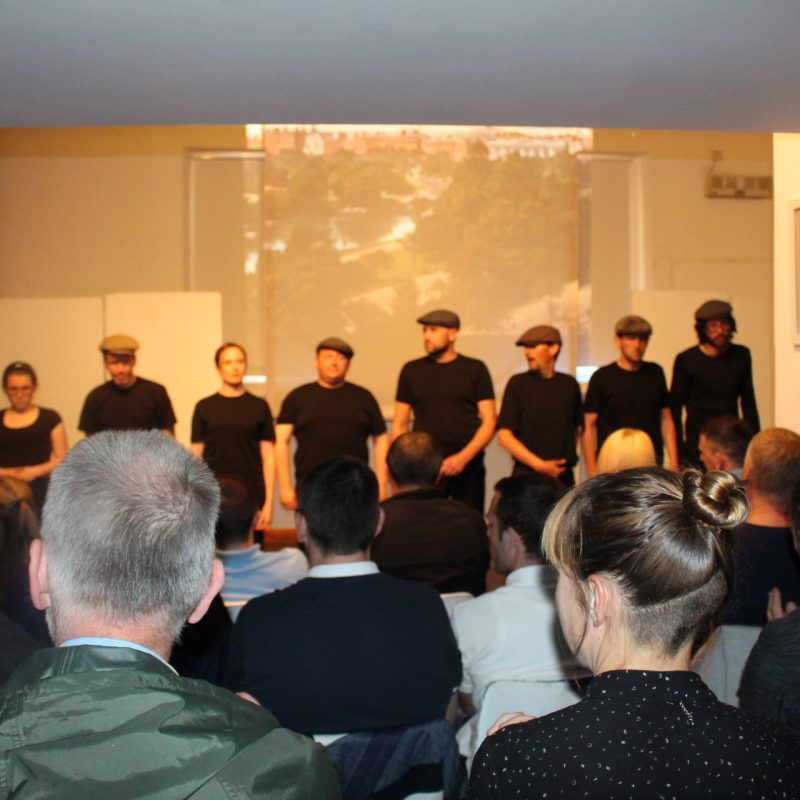 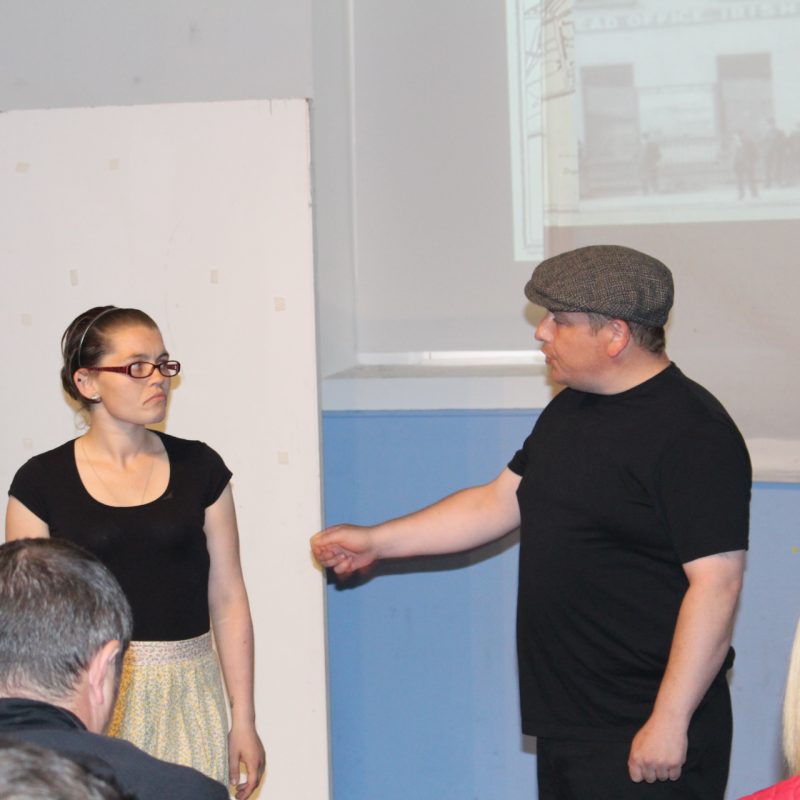 Live performance of ‘Get Stoned’

This was RADE’s first live street theatre performance.  We were asked to partake in the awareness campaign by students from University College Dublin.

‘Get Stoned’ staged in Croke Park

as part of the Drugs Awareness Conference

A documentary of the art practices in RADE for 2015 exploring the Easter Rising through art, drama and creative writing.

After an exciting year exploring the Easter Rising we have produced a short documentary film of our work throughout the year. The documentary has footage from workshops, outings and interviews with staff and participants. RADE Rising provides a sneak peak of what we do day to day.

2014 marked the first decade of RADE. We celebrated our 10th birthday with a live performance and a stained-glass-art project. This documentary gives a great insight into how hard our participants worked during the year – and how rewarding that hard work was for them.

Check out our documentary showcasing participant’s two big projects for the year – a stained-glass-art project and the ‘Source’ dance-theatre production at the Tiger Dublin Fringe Festival.

This documentary was aired on Dublin Community Television (UPC channel 802) from 15th to 25th January 2015.

Check out this 10-minute documentary which will give you a taste of the behind-the-scenes work for the year.

RADE were a part of the 1913 Lockout centenary celebrations. This became our theme for the year, with all workshops focusing on the Lockout.

The staging of The Last Ten Years at the Dublin Fringe Festival was the highlight of 2012.

Cutting D8 was the theme for 2012’s art exhibition, with the group focusing on wood sculpturing. Check out this short documentary to see how we put it all together.

Following the President’s recent appointment he visited our project.  We performed  Get Stoned

The last of ‘The Day’ trilogy of short films, Birthday, was made and screened in the IFI cinema. ‘The Day’ trilogy was written and directed by Pom Boyd over three years, working with different RADE participants each year. All films were shot in Dublin.

‘The Day’ trilogy was screened at the Cork Film Festival in the Triscal Centre and as part of Dublin Culture Night.

View the behind-the-scenes documentary above.

A second film and self portraits marked 2010

The Making of Hard Day is a documentary showcasing RADE’s work for 2010 including the film shoot Hard Day, art exhibition Portraits Me I and book publication Portraits.

The world premiere screening of Hard Day took place on Thursday 1st July 2010 in the Irish Film Institute, Temple Bar, and was written and directed by Pom Boyd. The film was shot over five days in and around Temple Bar and Killiney beach.

Hard Day tells the story of Billy, who tries desperately to make some money busking. His girlfriend is running out of patience with him. When intimidating street criminal Lazer stops to watch him busking, Billy is reminded of an old injustice and decides for once to stand up for himself and put an old wrong to right…

Minister Pat Carey, TD, officially launched the film, and on the same evening he launched RADE’s A Creative Response to Drugs: Strategic Plan 2011–2014 too.

Dublin 8 was the theme for the year for art and creative writing. This coincided with the shooting of the film Today in the locality.

The first of the ‘Day’ Trilogy of films

This was RADE’s first year in the movies with the making of the short fiction film Today. Written and directed by Pom Boyd, the film was shot over five days throughout Dublin 8. RADErs worked with a professional crew while they all performed in the film.

Today tells the story of Patrick who is sent by his eccentric doctor to find an arts project in Dublin’s inner city.  Patrick perceivers with his journey through the streets overcoming the various impediments that happen on his way.   An engaging, funny and moving short film that introduces both Patrick and the audience to the colourful characters that have found a home in the ‘Art Row Workshop”:….But Patrick arrives on the day the programmes funders are visiting….  The funders are not impressed

Performing for the President of Ireland, Mary McAleese

The group worked with Tony Curtis and Mick Egan to script Jack and Jill, performed in Project Arts Centre. This was the first year RADE made a documentary, entitledJack, Jill and the Green Devil. This year the group made masks, artist mosaics and individual art pieces. Actor and writer Peter Sheridan was guest speaker at Project.

Tai Chi was first learned and then passed on from group to group. It was the first year we showcased art, drama and writing in the Project Art Centre.